A Ship has a unique history

The M/S Lydia is a mixed liner built in 1931 in Denmark and initially named M/V Moonta. After having sailed in the southern seas under the Australian flag until 1955 then in the Mediterranean under the Greek flag, it was decommissioned in 1966. It is now beached in Barcarès, of which it is a landmark. It is currently the fourth oldest liner in the world. 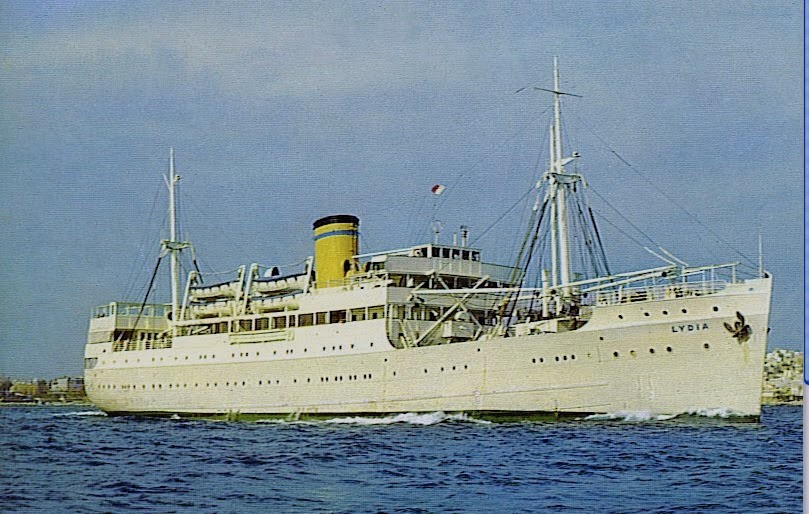 35 years of service at sea

In 1955, it was bought by the Greek company Hellenic Mediterranean Lines which renamed it Lydia, from the Greek name of Lydia (in Greek Λυδία), an ancient Greek province of Asia Minor. It was refitted in Piraeus while its capacity increased from 140 to 280 passengers. First assigned to the Venice / Brindisi line, they quickly changed destinations for circumnavigation across the Mediterranean. It is therefore reassigned to the Marseille / Beirut line, via the ports of Genoa, Naples, Piraeus, Alexandria and Limassol. It was decommissioned in 1966. 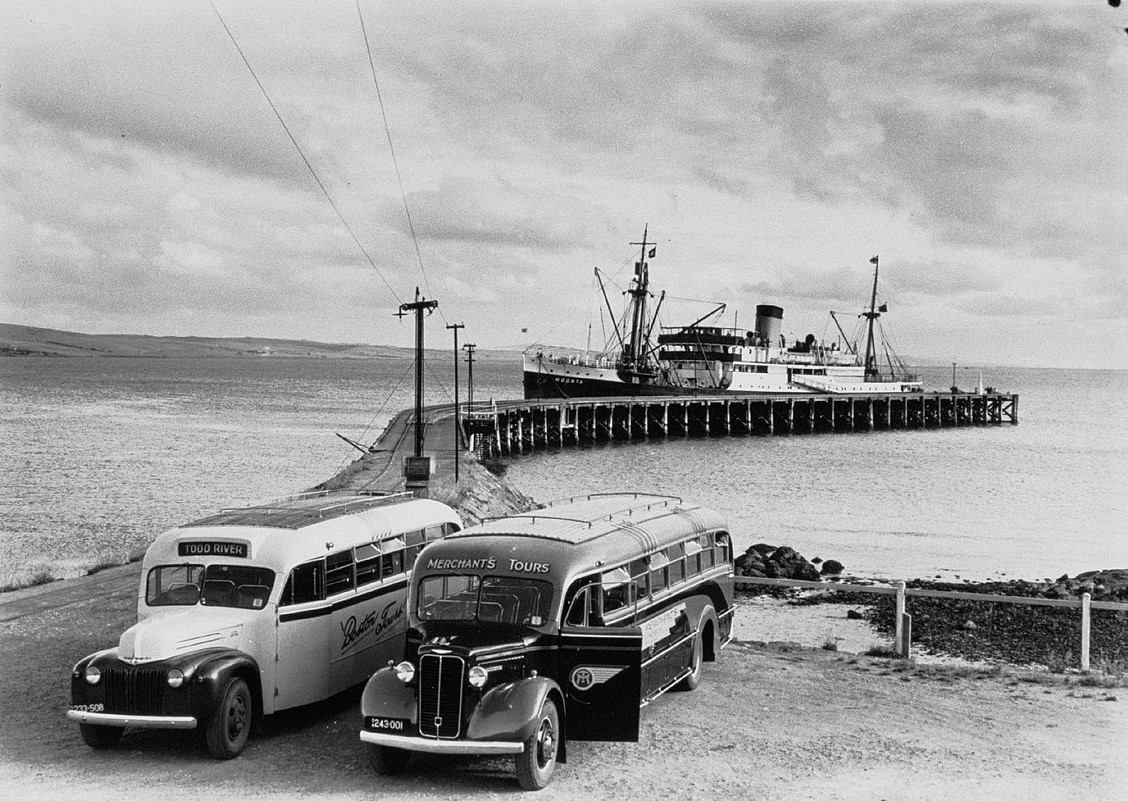 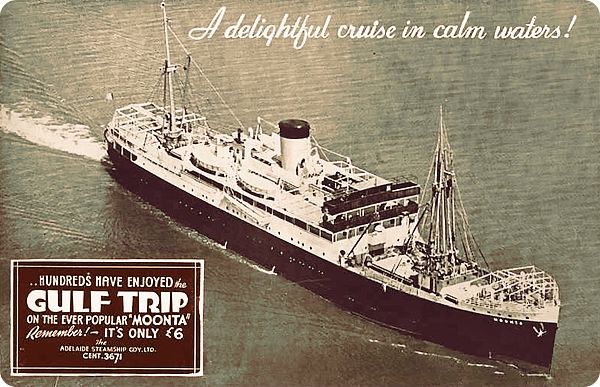 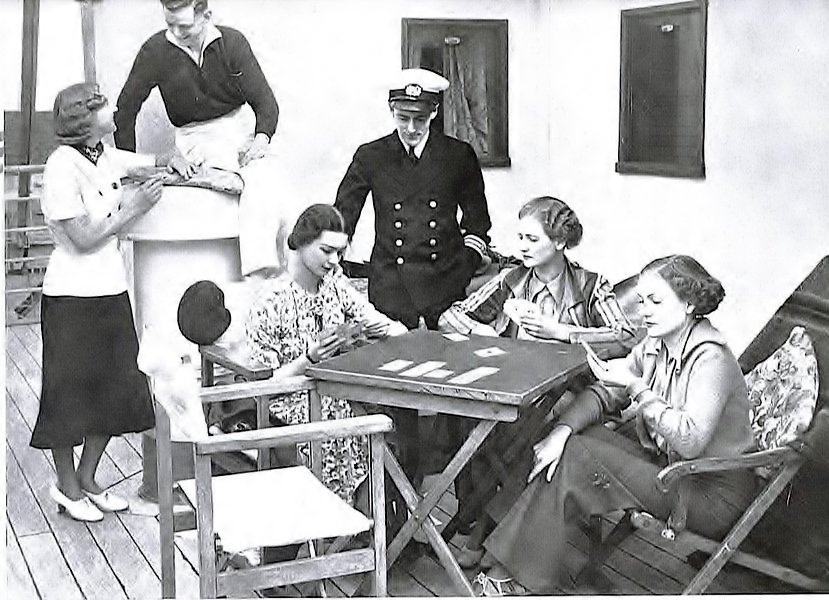 After being decommissioned, the ship was bought just before Christmas 1966 by SEMETA, a joint venture responsible for the development of the brand new unborn seaside resort of Port-Barcarès in the Pyrenees Orientales (France) and as part of the Languedoc Roussillon coastal development mission also called Mission Racine. On the initiative of its president, Senator Gaston Pams, the objective is to make it the symbol of this development operation and to mark the strong will of the French State to enhance this immense desert lido wedged between the Mediterranean and the pond of Salses.

After moving to the Provençal society of Ateliers Terrin in Marseille , she was moved in June 1967 to her permanent home port to be beached there voluntarily.

A 600m channel was dug to bring it to its current location and deposit it on the beach, almost three meters above sea level. it becomes the “ocean liner of the sands”, seeming to split its new element as it once split the waters.

After costly refurbishment , the Lydia is luxuriously transformed into a leisure center with three bars, a snack bar, a nightclub, a restaurant and a swimming pool. A hotel and a casino are planned. The success was immediate and hundreds of thousands of visitors flocked to see this ship. The artists of the sixties’ make it an essential stopover 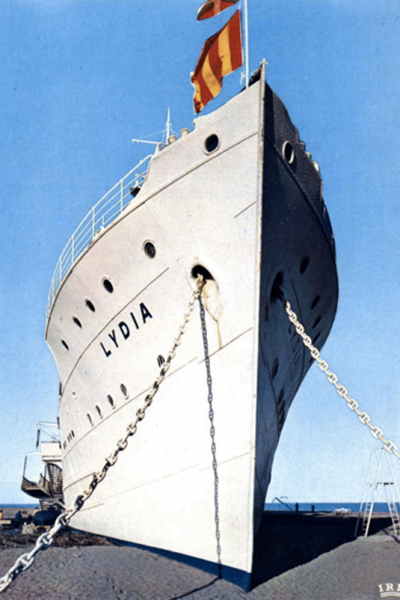 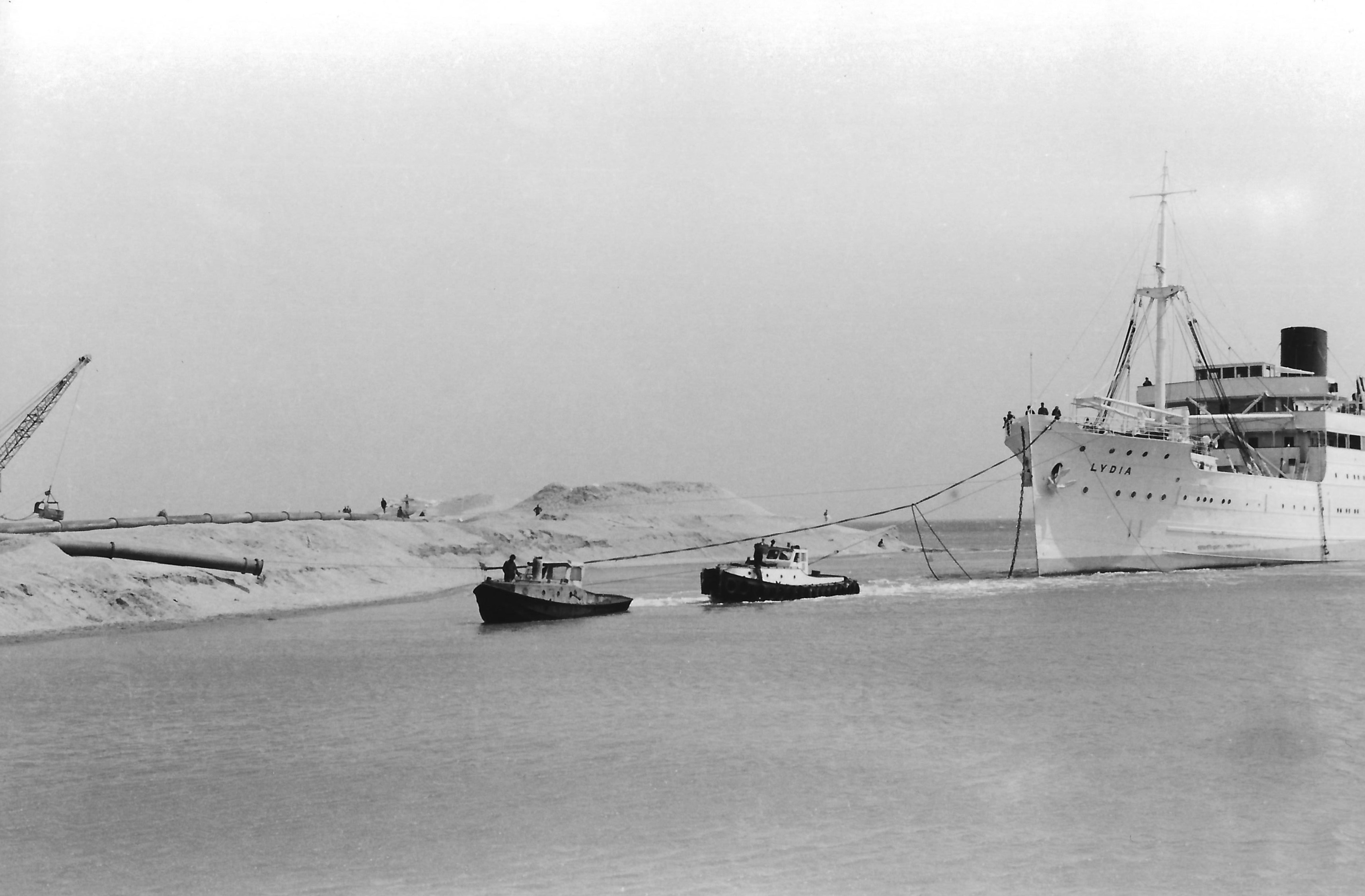 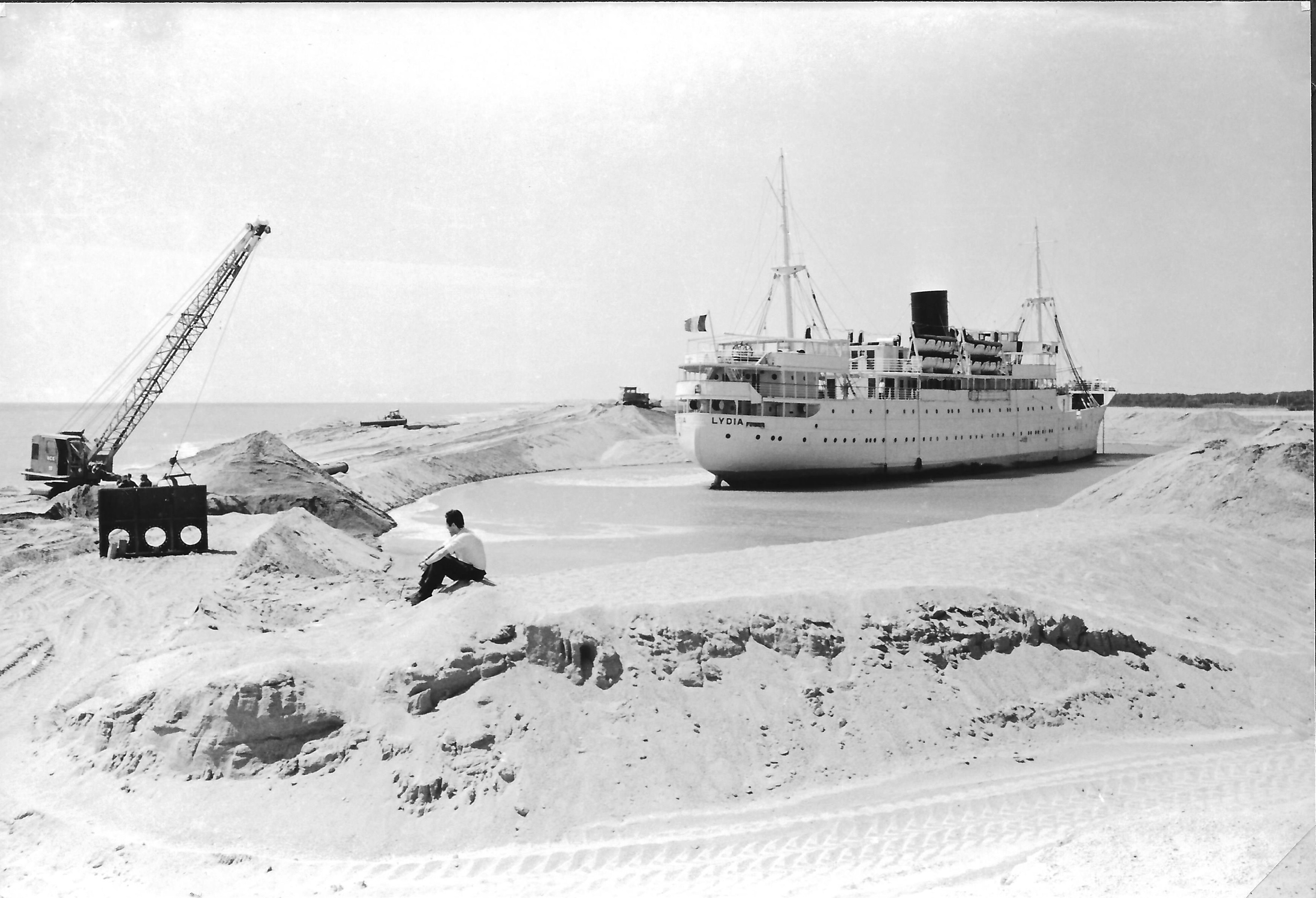 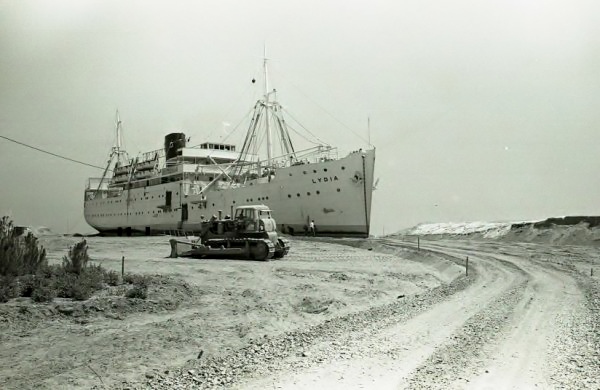 Despite its incredible popular success, the ship was sold in 1973 to Kuniko Tsutsumi, a Japanese businesswoman, who transformed it into a disco and luxury casino. The “yé-yé” will give way to Parisian VIPs. Many works are undertaken and the new decoration is the work of decorator Michel Ambrogi. The Lydia then bathes in luxury and the casino rakes in lots of money that the Spanish clientele (The spanish distator Franco prohibits casinos in Spain) comes to lose on the gaming tables. The French cook Georges Landriot was in charge of the ship’s kitchens until the mid-1970s.

In 1978, following the death of Franco and the reopening of casinos in Spain, caught in financial turmoil, Kuniko Tsutsumi, resells the Lydia . The golden age ended at the dawn of the 1980s. 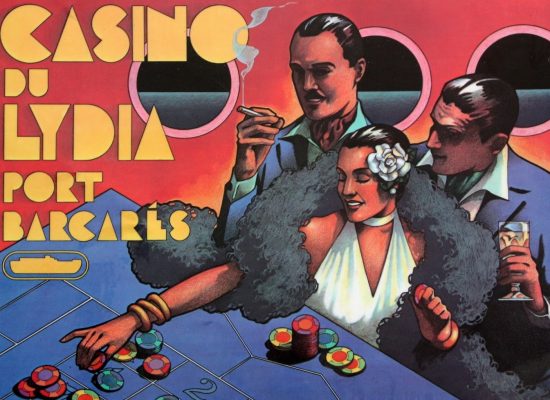 Over the next thirty years, the ocean liner will slowly deteriorate under the ownership of three groups of casino operators, who will neglect its maintenance.

In this period, the liner will face many storms: Gangster ‘hits’ in 1983, and in 1997, the Minister of the Interior closes the casino.

The Lydia was bought in February 2000 by the Partouche group, which carried out renovation work there and reopened a restaurant and a nightclub there, called Moonta (first name of the boat). In 2004, the casino was reopened. In these years, the ocean liner continues to make people dream and becomes the main character of a eponymous novel, then of a comic strip.

However, faced with the lack of profitability, The Partouche group, the last casino group to operate the Lydia, throws in the towel a few years later. In 2008, the casino was permanently closed. 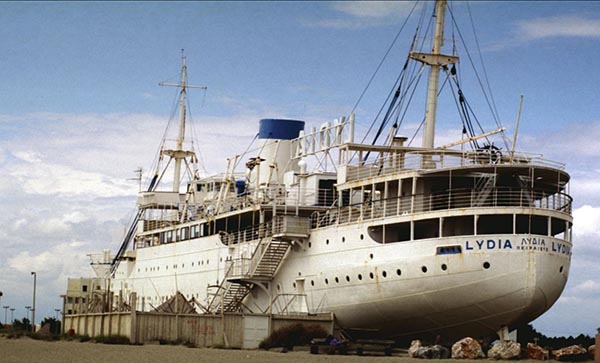 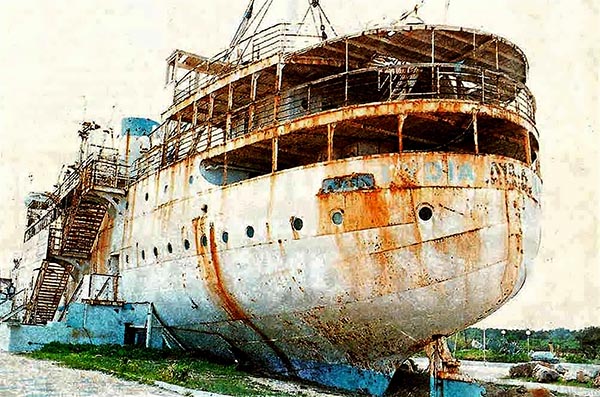 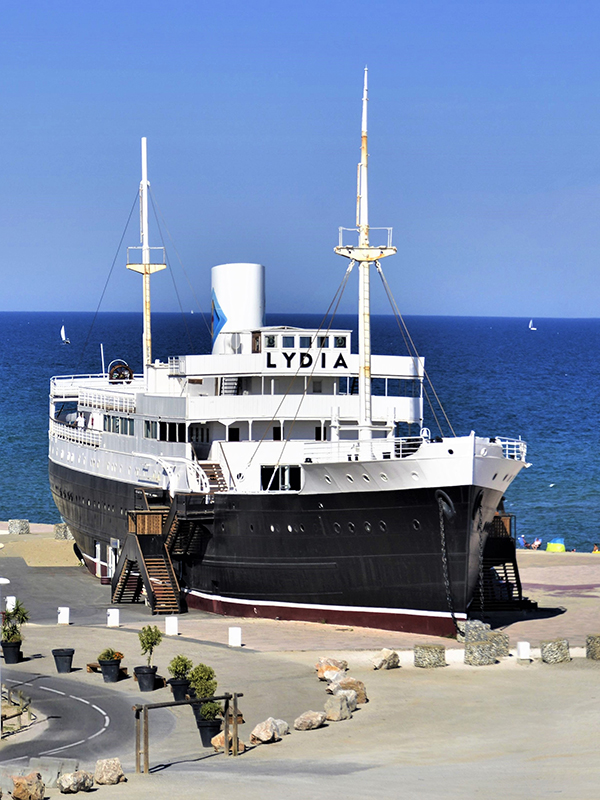 Acquired by the Barcarès town hall in 2011, it organizes exhibitions and events such as the traditional thriller and adventure fair held there. It also regularly serves as a set for the cinema.

From 2014, major restoration works are undertaken so that the liner regains its original silhouette with the technical and historical collaboration of the Association of Friends of Moonta-Lydia ( AAML) which ensures the protection of this unique heritage in Europe. The ship has now reopened to visitors and tourists.

Shopping Basket
We use cookies to ensure that we give you the best experience on our website. If you continue to use this site we will assume that you are happy with it.Ok